Just got back from a long weekend. Tons and tons of work to do. And the door's been opening all day. Some planned, some not. All good.

I had chairs delivered for a little seating area. It's from a line I sell. You can pick your arm, pick your leg — make any dimension you want, sectional, sofa, whatever. Very excited those came. The seating area needs a little table and a lamp, and some art. In good time.

Then my neighbor, a realtor, popped in. Someone asked her for a referral, so she wanted some cards. Since I have opened, the leads have been flying in. I am very busy at the moment, and so far no matches, but it's very good news, and sure enough one will be the right match soon.

Then my window guy called, said he was in the neighborhood and could he come over to see how the drapes came out and to see the space. He had been sick so he missed the install. We love them! They mount to the ceiling, much like a hospital drape. There's a lot of light from the street we can move them around as the sun moves in the sky. They warm things up and add privacy.

Then a vendor came in to show new fabrics. That was scheduled. The new fabrics were great to see, and she also helped me some. We decided the office would look good with a little pop of orange. My boyfriend loves gerber daisies and often brings me them. He even brought me one on our first date. How sweet. That color looks so good in the office, and I've become quite fond of them. Maybe not so bright as this flower, but a pop of orange for sure would be nice.

During the meeting with the sales rep, a woman stopped by asking if I would advertise for her school's fundraiser. I do them sometimes but only when client's ask…. and the Fedx guy brought a throw for the window display. It looks great.

Then my assistant stopped by to pick something up. She's not working today though.

Then we had lunch.

Then a client popped in because she needs to get something repaired. She lives in town. It was nice to see her.

Then a friend texted to see if he could come over to see the space.

Now it's 3 pm and I have to get some quoting done before a client comes at 6 to work on her summer home.

None of this activity would have happened had I still been in my home office. No one stops over at your house. They just don't. Even the delivery guys don't ring the bell. But commercial space is different.

I love being in Cushing Square. Love the location and having home life separation. And the good news? I am no longer having heart palps about the expense of the renovation and increased overhead. It's worth it. Movement is good! 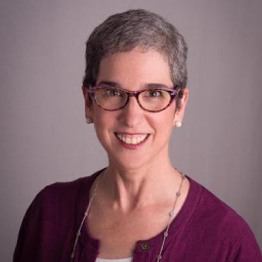 We love what we do.
We think you will too.

Please check out our projects here.